Contexter's Observations - From Half Farmer, Half X to National God 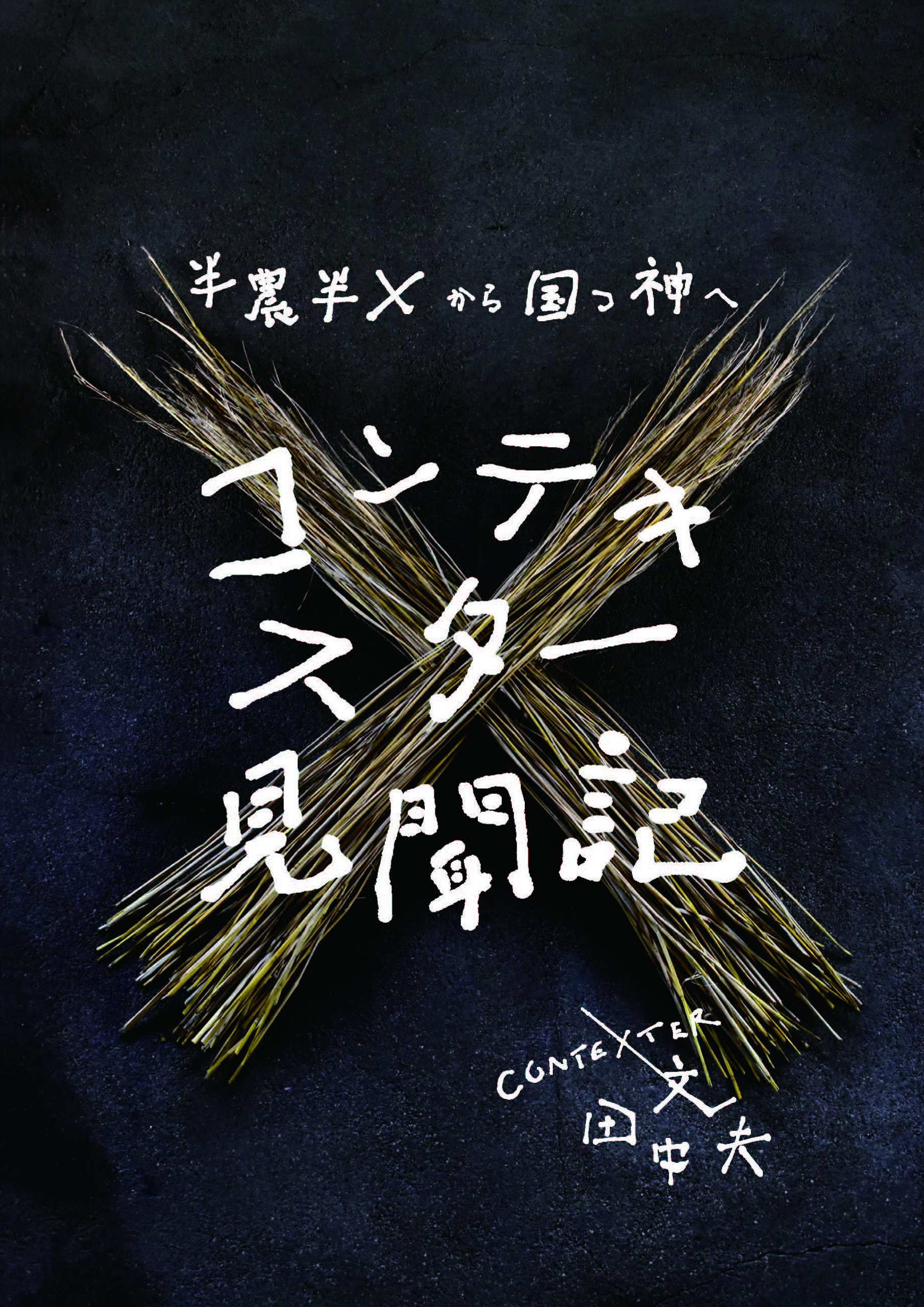 A record of what the author, who calls himself a "contextualist" who studies the context in which the world moves, saw and heard between 2010 and 2018. After taking early retirement from an advertising company, he came across the term "Half Farmer, Half X" and began to live a farming lifestyle himself. Since 3.11, he has been covering the entire Shimane Prefecture, where "Half Farmer, Half X" has become an administrative term, and introducing the thoughts of Shimane's Half Farmer, Half Xers related to the "Izumo myth" and "national deity. With this reportage as the axis, we asked the world what the contingents were feeling and thinking.

Born in 1952 in Sakaide City, Kagawa Prefecture, he joined Dentsu's Kansai Branch in 1974, where he worked in the creative section. In 2010, he took early retirement from Dentsu and became a contester and Fumimei at the Tanaka Institute for Contextual Studies. In 2013, he began working as a senior researcher at the Half Farmer, Half X Research Institute.
bunmyaku.blogspot.com
facebook.com/fumio.tanaka