Are novels written by AI interesting? 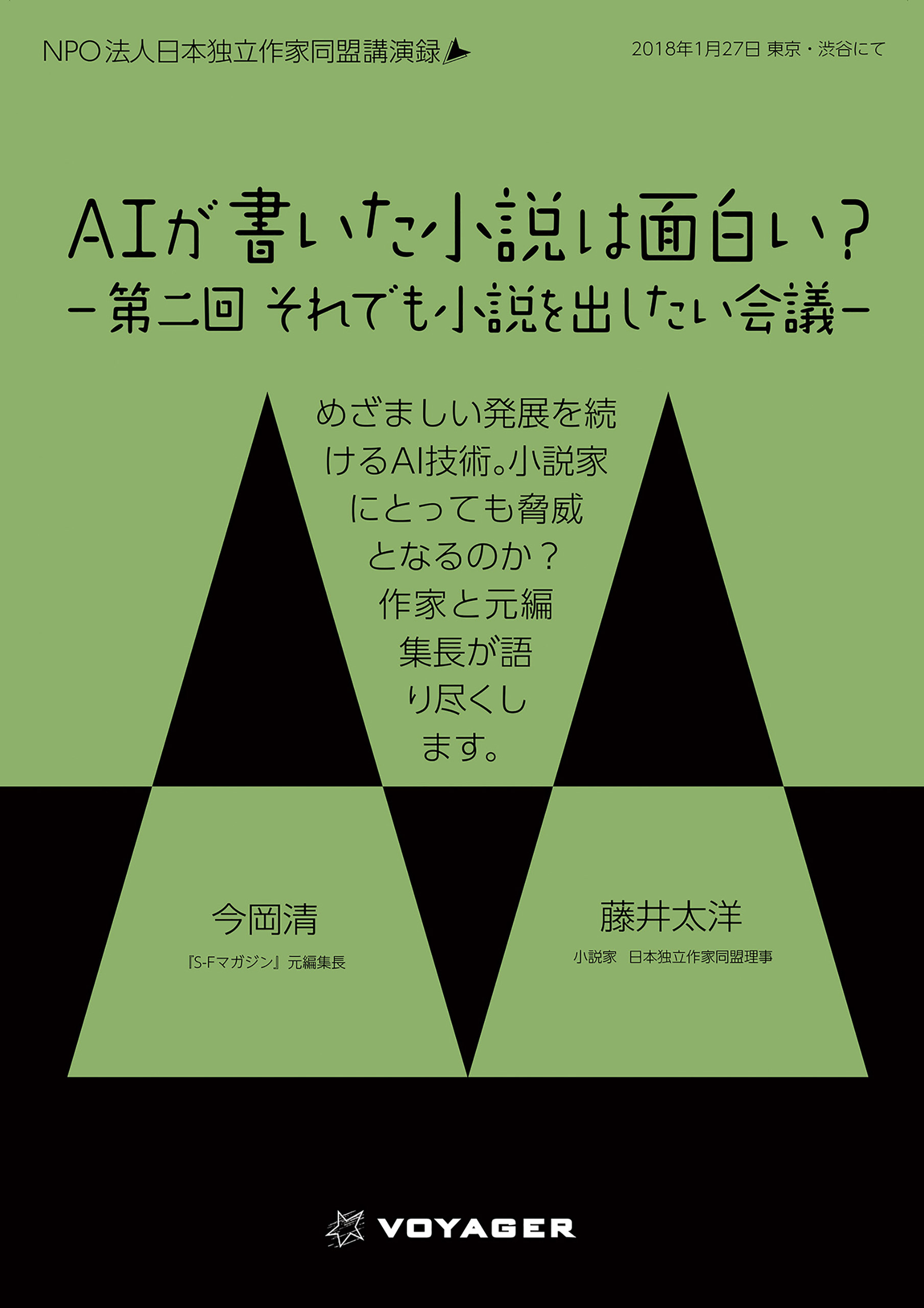 Called "electronic brains" in the old days, AI (artificial intelligence) has appeared in many novels, comics, and video works. In 2015, a work written by an AI novelist made it through the first round of a writer's award and became a hot topic. Will AI replace the work of writers in the near future? Also, is it possible to make AI write "interesting novels" or "hit novels"? A science fiction writer and a former editor-in-chief of a science fiction magazine will talk inexhaustibly about the theme of "AI and the novel.

IMAOKA Kiyoshi：Born in Yokohama in 1948. Former editor-in-chief of S-F Magazine (Hayakawa Shobo). As an editor, he worked on the works of writers such as Shinichi Hoshi, Sakyo Komatsu, and Yasutaka Tsutsui, and fostered newcomers such as Chohei Kanbayashi and Mariko Ohara. Author Kaoru Kurimoto is his wife. Supervised the sequel project to Kaoru Kurimoto's last work, "The Guin Saga". Representative director of Tenro Production. Jazz singer. Tenro Production: http://tenro.music.coocan.jp/
FUJII Taiyo：Born 1971 in Amami Oshima, Kagoshima Prefecture. Novelist and science fiction writer. Dropped out of International Christian University. The 18th president of the Science Fiction Writers Club of Japan. He is the driving force behind the incorporation of the club, and is passionate about realizing projects that will help promote science fiction. Attracted attention when he self-published his first novel, "Gene Mapper". After that, he published his representative works such as "Gene Mapper -full build-" and "Orbital Cloud" (winner of the Japan Science Fiction Award) from Hayakawa Shobo.