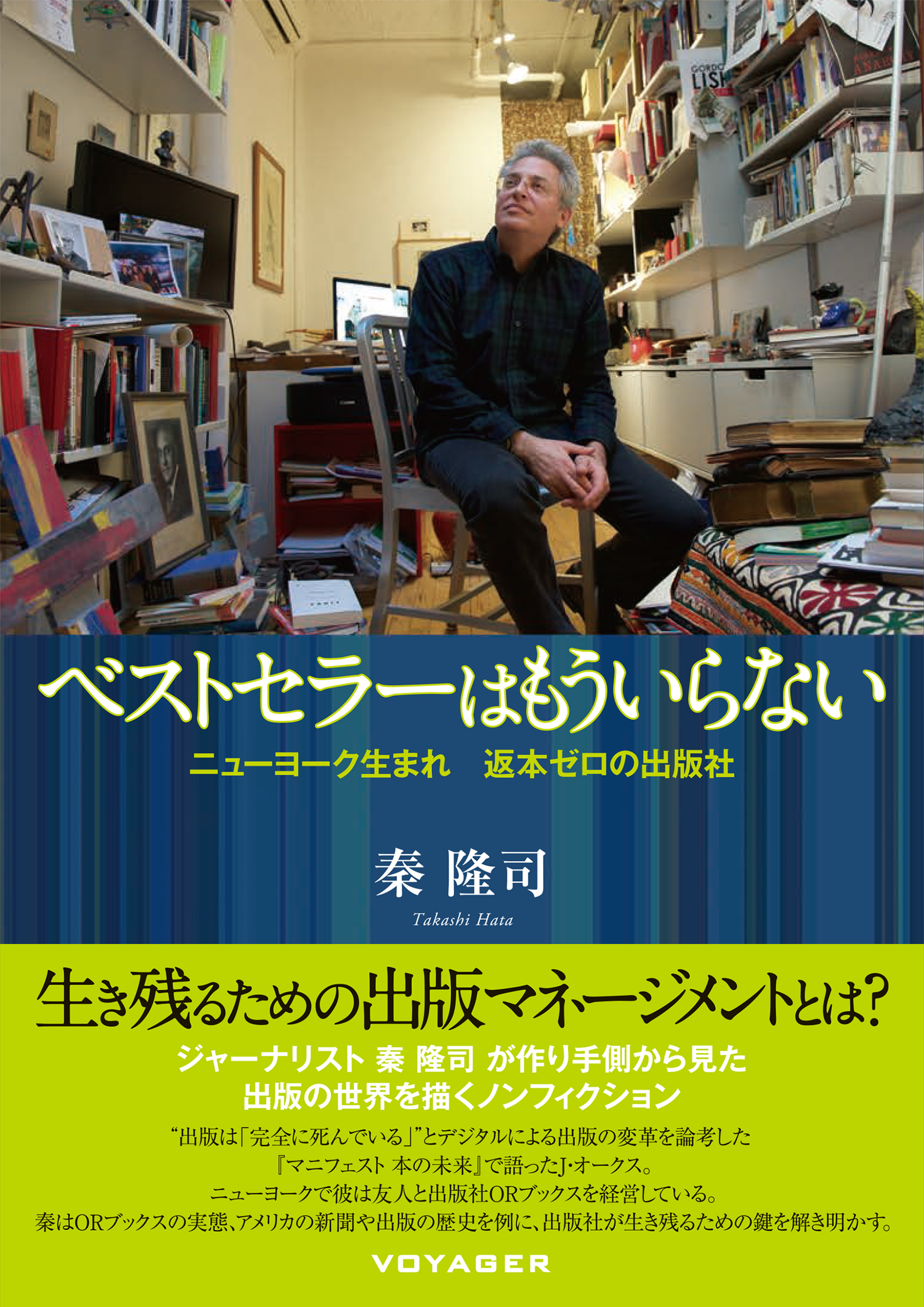 "Publishing is 'completely dead'."
John Oakes, who focused on the problem of book returns in his book "Manifesto: The Future of the Book" published by Voyager, described the old ways of American publishing in this way, which continue to forgo fundamental improvements. In 2009, he and a friend founded OR Books in New York City, a publishing company that aims for "zero book returns" and "direct sales to readers," and in less than a decade has grown into a publishing company with annual sales of over 100 million yen. This book uses the reality of J. Oakes' OR Books and the history of American newspapers and publishing as examples to reveal the keys to survival for publishers.

Born in Tokyo in 1953. After graduating from the University of Massachusetts, he worked as a reporter and editor before setting up his own business in New York City. In 1996, he founded American Book Jam, a magazine dedicated to American literature. 2012 saw the publication of the first and second eBook editions of American Book Jam by Voyager. In 2018, "Let's Ride the Train" was reissued as an e-book. He is also a political junkie who follows American political news.