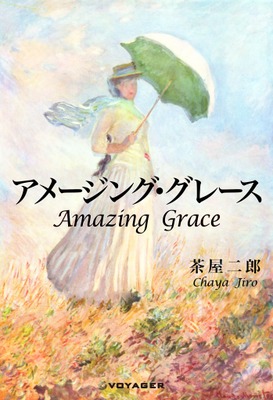 A story of unrequited love between a British woman and a young Japanese man about Irish Cobbler potato.
After returning from Europe for the first time in over a decade, Ai visits the farm in Hokkaido that her great-grandfather, a baron, built.
There, she finds a bundle of golden hair carefully tucked away in a safe, and over 100 love letters from a Scottish girl named Jane.
Then, his great-grandfather Ryo's brilliant love and the secret of the Irish Cobbler potato come back to life over a hundred years later.

Born in Kanazawa City in 1945. After graduating from Keio University, he joined Shogakukan. He then moved to Bandai, where he became president at the age of 35. He has served as Chairman of the Japan Toy Association and Chairman of the Digital Media Association. Currently President of the Japan Toy Library Foundation. He was awarded the Order of the Rising Sun, Gold Rays with Neck Ribbon in 2009. His books include "Burning in Young Blood" (Liberal Time Publishing), "1868: The Beginning of the End" (Kodansha), "A Dream Far and Long" (Nisshin Press), and "Amazing Grace" (Voyager).