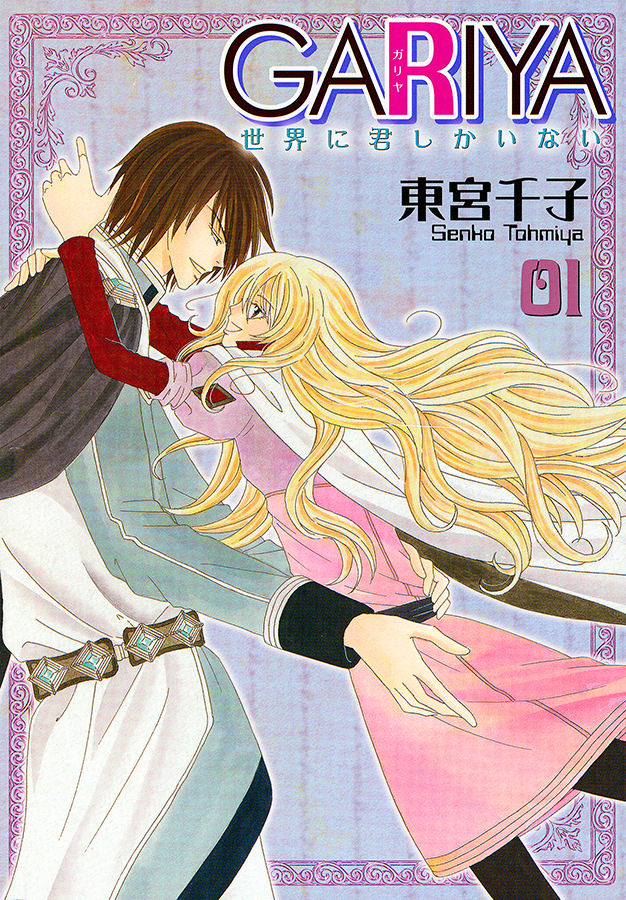 “GARIYA” is a 23-volume fantasy story written by Senko Tohmiya. Gariya is a world divided into two parts, one for humans and one for fairies.
The story says that God has once separated the battle-hungry humans from the battle-weary fairies by causing a geological shift and creating a waterfall boundary, knowing that if the world is not restored to its original state, the increasing distortion caused by the tectonic movement will eventually destroy the world.
Gran, who has great abilities to be called the "Grand King", is ordered by God to enter the fairy world to welcome Ryumi, who is the only girl growing up in the fairy region. The heroine Ryumi is the promising hope to reunite the humans and fairies.
When the two meet and fall in love, the epic adventure of how the world recovers from its demise begins!

Tohmiya Senko, the author of this book, made her debut with "Requiem for the sunglasses". Her best-known works include "GARIYA" and "Black & Black". She is currently working on "The Throne and nightingales".