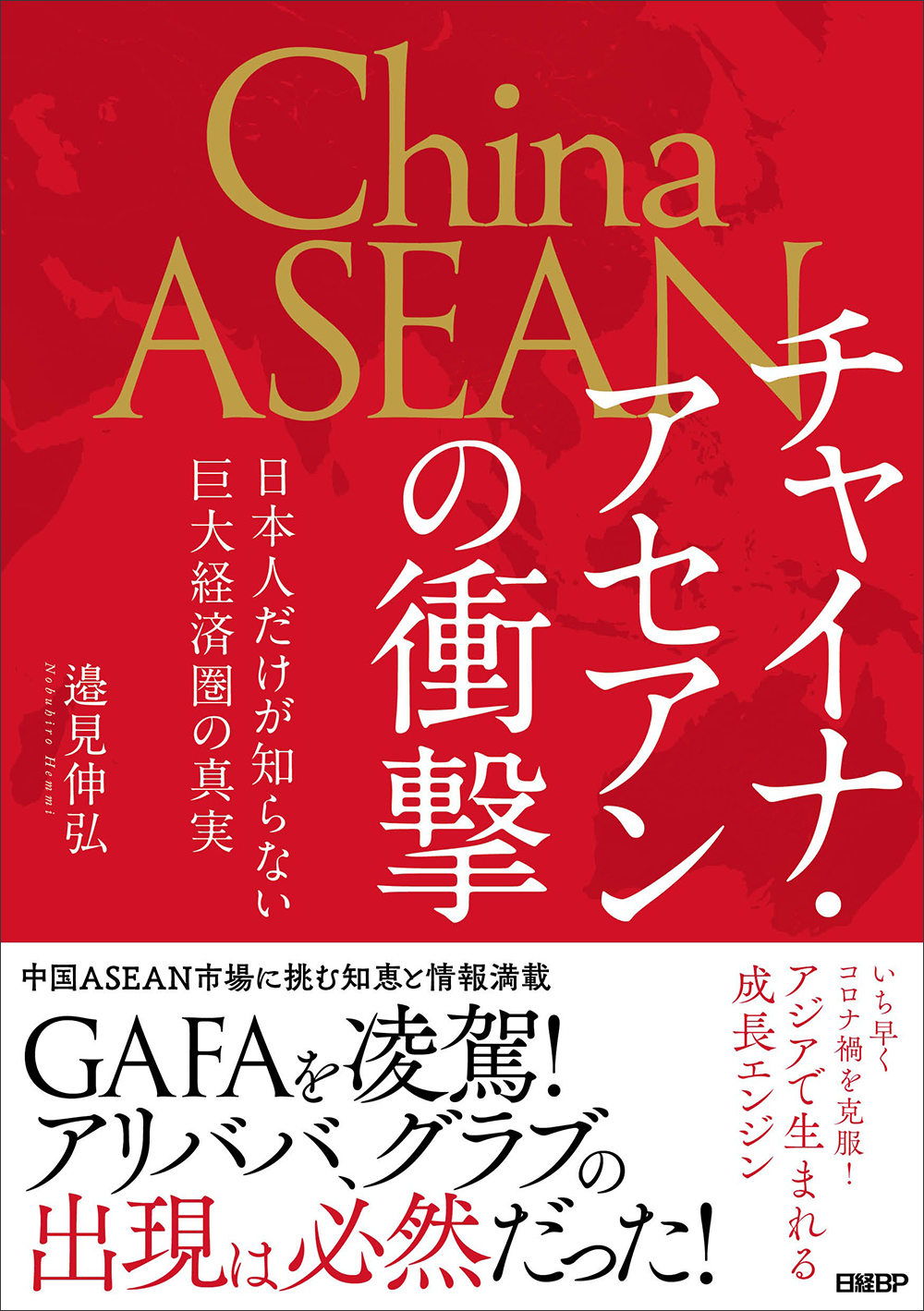 The era of the China-ASEAN Economic Bloc (Greater China Economic Bloc) is now coming!
China and ASEAN are strengthening their ties through the Corona disaster and accelerating their growth.
It's not just the local innovations that are keeping GAFA away.
A huge and prosperous metropolitan area that surpasses Japan's major cities such as Osaka will emerge.
This is where Japanese companies will find their way, but not many people know the reality.
What should people do in order to seize this huge business opportunity?
Based on a vast amount of data and case studies, this book provides a thorough explanation of a realistic strategy!

China-Asean is a vital path for the companies to survive and grow. However, many Japanese are looking at the rising economic powerhouse with the assumptions of the past. It is essential that we shake off our preconceived notions and face the astonishing changes taking place in the region head-on, based on facts.

The changes taking place in China and ASEAN will be thoroughly analyzed based on a wealth of facts, including a huge number of charts and graphs. A must-read for any businessperson or business leader with a global perspective!

The seven chapters that reveal the unknown truth

Chapter 1: China and ASEAN: Driving the Post-Corona World
Chapter 2: The Birth of the Giant Economic Region China-ASEAN
Chapter 3: The Power of Giga-Cities to Lead China-ASEAN
Chapter 4: A New Model Surpassing GAFA: The Evolving Cross-border EC
Chapter 5: Three Eyes to See Change
Chapter 6: An overseas Chinese network that skillfully seizes supremacy
Chapter 7: The Strengths of Japan that the Japanese Do Not Know