Artfully Walking TOKYO AND BEYOND 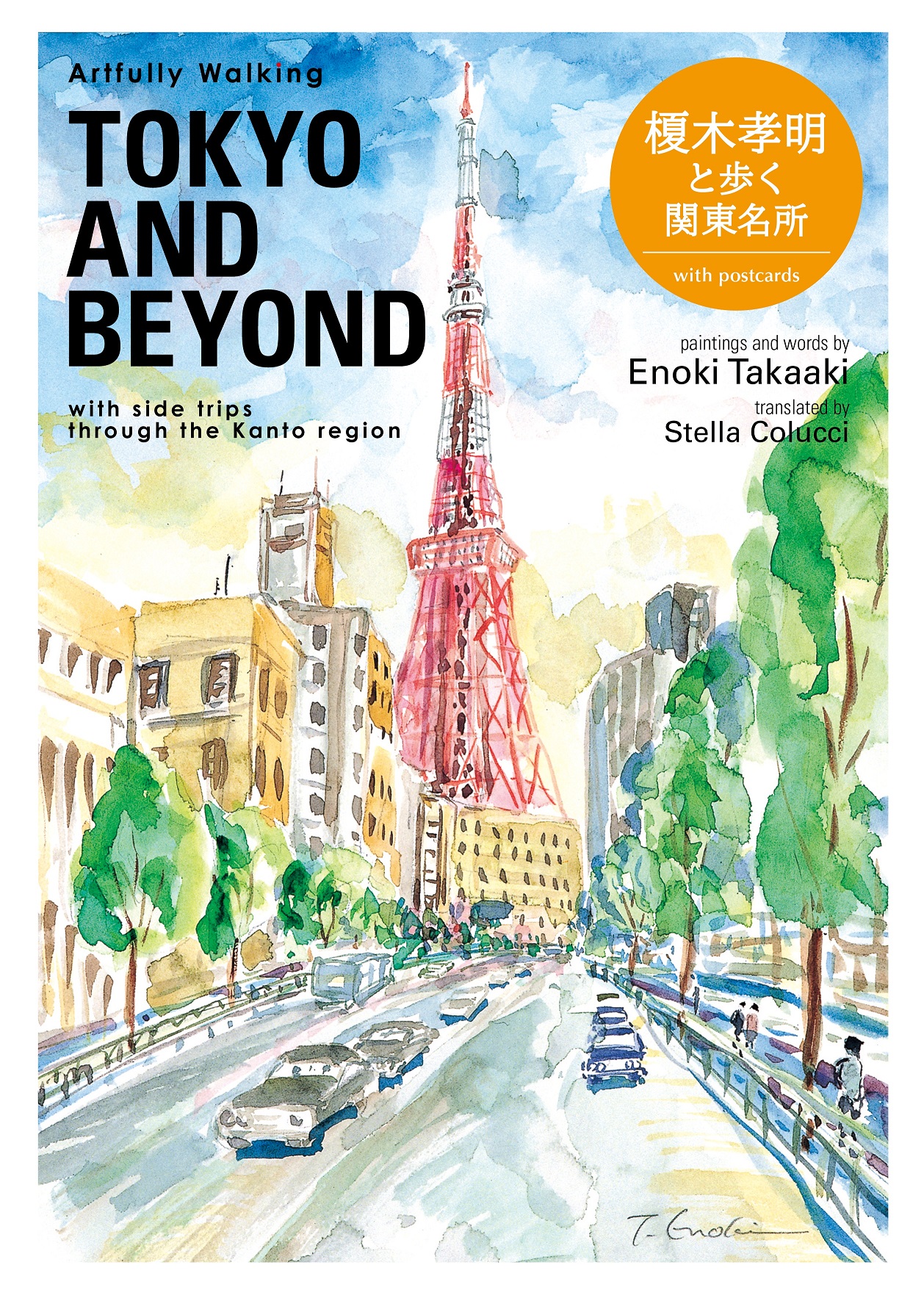 This book will be appreciated by those who enjoy travel and art. With each page you turn, you will feel like you are travelling around the Kanto region.
The author is actor Takaaki Enoki who appears in many Japanese television drama programs. He is a graduate of an art university and has also been active as a painter since his youth.
He has painted over 5000 landscapes while travelling the world both on location or for work. This book, which is limited to the Tokyo and Kanto region in scope, introduces places recommended by Mr. Enoki that are refined, beautiful and unique to Japan.And This contains both Japanese and English text. This work is certain to be helpful for travellers who would like to extend their legs for a journey from Tokyo.

Takaaki Enoki was born January 5, 1956, in Kagoshima, Japan. He studied at Musashino Art University before joining the Shiki Theatre Company and making his debut as a stage actor in Ondine (1981). He left the Company in 1983, and first appeared on TV playing the lead role in NHK’s Morning Drama Series Romance (1984). He has pursued an active career since, starring in a number of successful productions: in the 1990 epic film Ten to Chi to (Heaven and Earth); in the Asami Mitsuhide Series TV murder mystery as the title role crime-solver; in the weekly NHK historical fiction drama series; and in various theatre productions. In 2010, Enoki produced and starred in Hanjiro. Fulfilling a passion for both art and travel, Enoki paints landscapes of the countries and places he visits.