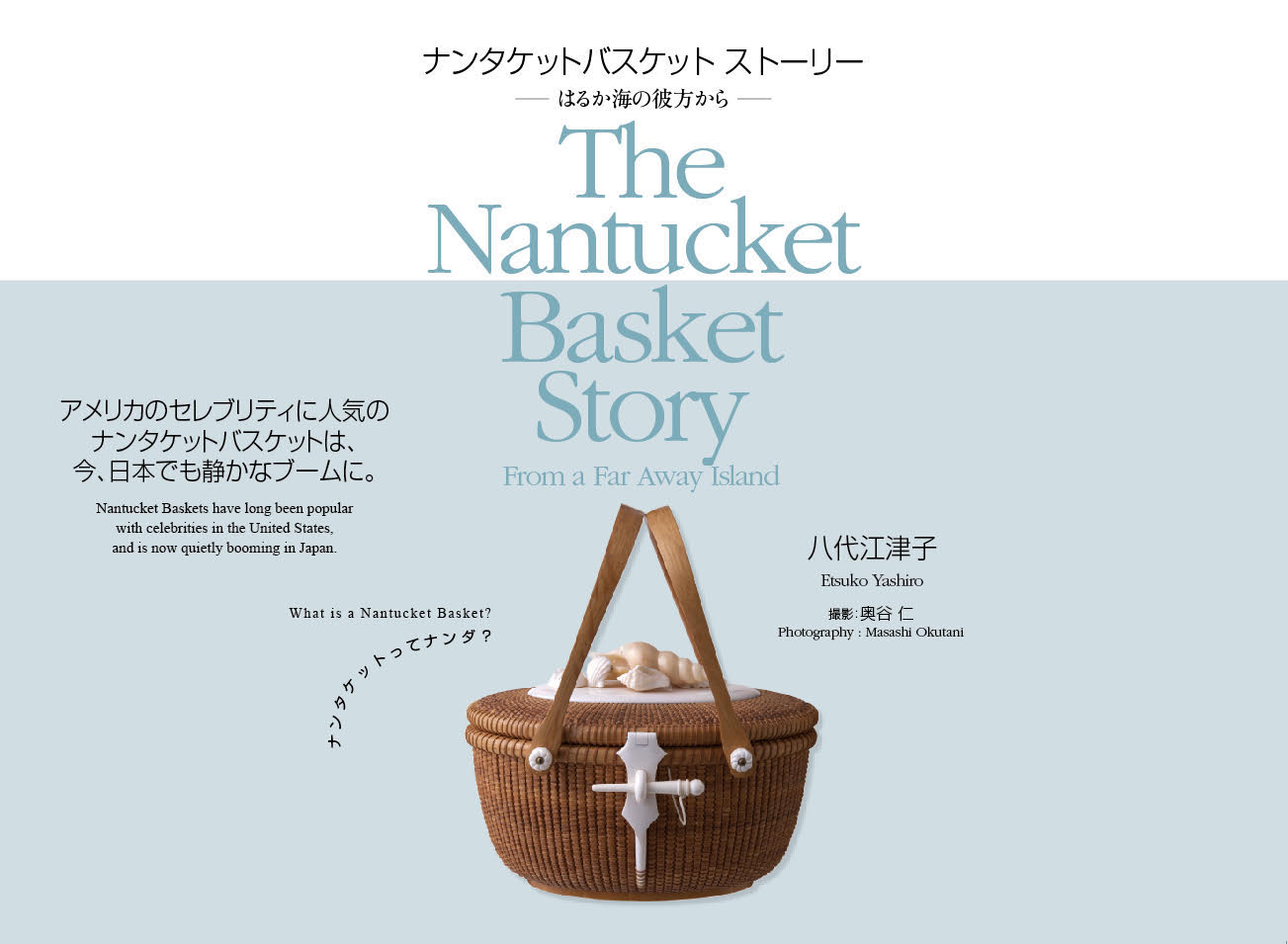 In 1994, Etsuko Yashiro first encountered baskets on Nantucket Island, and in 1996, first studied under Pat Kane to learn the basics of basket making. After that, Yashiro studied under Alan S.W. Reed, a renowned basket maker on the island . Formally established the “New England Nantucket Basket Association” to promote basket making training in 1999, with classes in Cambridge, Brookline, San Francisco, San Jose, and Los Angeles. Yashiro’s works have been continuously exhibited at the Nantucket Lightship Basket Museum since 2005, and she has become recognized as an accomplished basket maker. In 2006, she established “GrayMist Enterprise Inc.”, with basket material shops and gifts stores in Cambridge, and Minami-Aoyama, Tokyo. In 2016, the “Japan Nantucket Basket Association”was launched, with the goal of introducing Nantucket Baskets to wider populations in Japan. Today, Etsuko Yashiro lives with her husband outside of Boston, in historic Concord, Massachusetts.