I don't want to pretend it never happened. 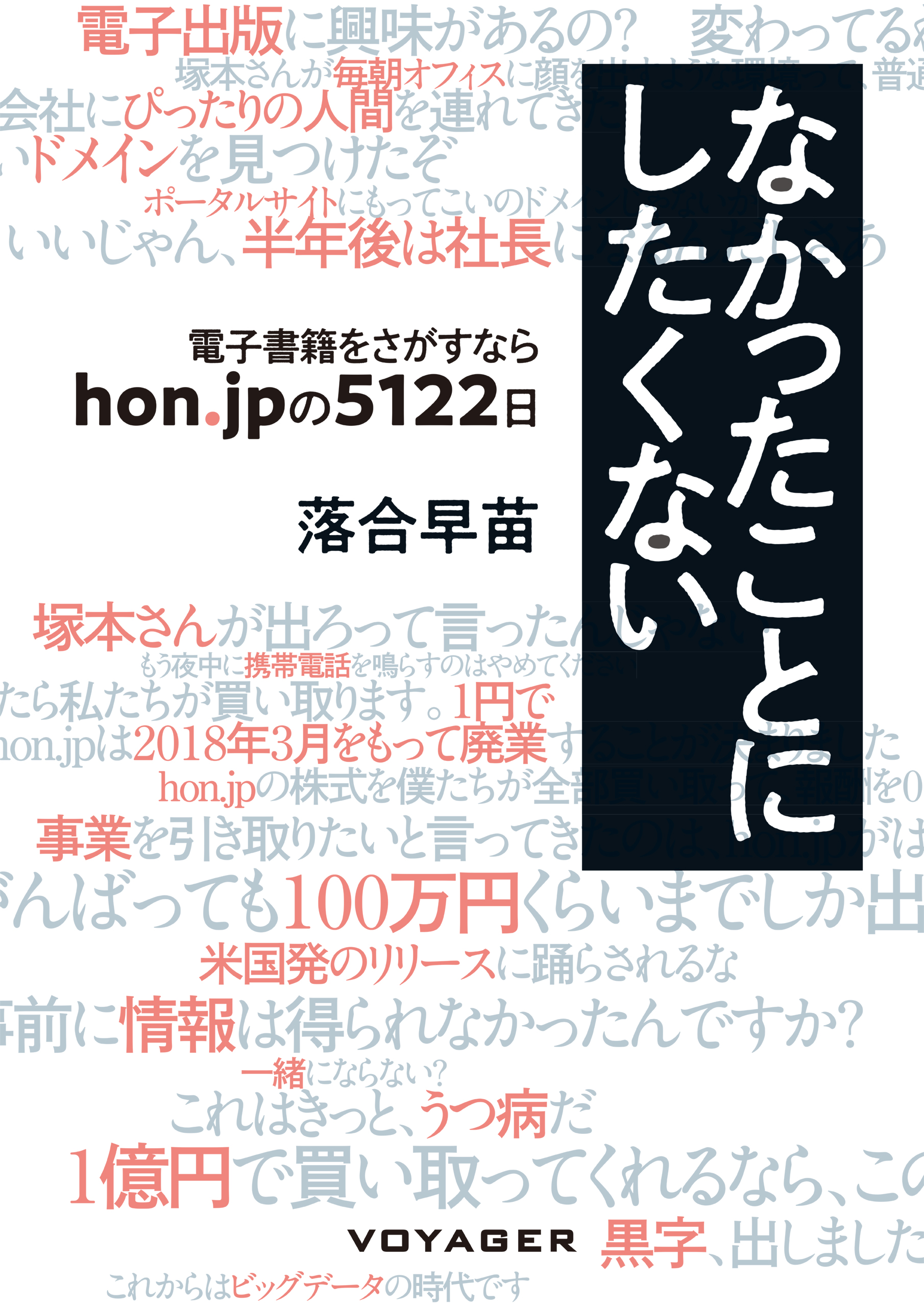 A book that conveys the harshness and fascination of the IT business through the record of the author, Sanae Ochiai, who was involved in the entire process from the start-up to the dissolution of "hon.jp".
A non-fiction book written by the former president of hon.jp, Sanae Ochiai, herself, from her start-up in 2004 to the dissolution of the company in 2018. Ochiai met the founder of Impress Corporation, Keiichiro Tsukamoto, in 2004, and was entrusted with the management of the wholly owned subsidiary of Impress Corporation that operates the e-book search site “hon.jp”. However, Tsukamoto collapsed at a time when the company was still in need of support, and a year later when Lehman Brothers collapsed, Ochiai was told by the parent company to withdraw from the business. The only way to continue the business going was to spin it off. She and Taizo Shiozaki, the other manager of the company, moved to MBO and became independent in 2009. The company achieved a surplus, and the long-awaited "first year of e-books" arrived. ......

＊Click on the reference site URL to try it out!

Graduated from Gakushuin University. She is the president of O2O Book Biz and a member of the Japan PEN Club's Speech Expression Committee. After working for a publishing company and an IT-related company, she joined Impress Corporation in 2004 and participated in the launch of "hon.jp" in the same year, and was appointed President in 2006. She implemented an MBO in 2009. The company became independent from the Impress Corporation group. In June 2015, she established O2O Book Biz and transferred the marketing consulting business from "hon.jp" to the new company. As a special committee member of the Japan Publishing Infrastructure Center (JPO), she has participated in the creation of cross-industry metadata databases such as the Japan Publications Registration Center (JPRO) and BooksPRO.