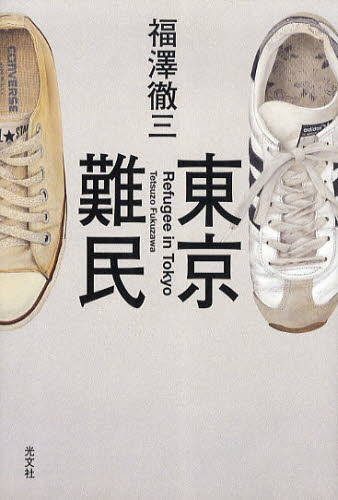 Osamu Tokieda is in his third year at a college on the outskirts of Tokyo. He is revelling in the easy student life, spending time with his girlfriend and earning pocket money at a part-time job, when his advisor informs him that he has been disenrolled for failure to pay his tuition. Tokieda calls home to his parents in Kitakyushu, only to discover that they have skipped town, leaving massive debts behind. Since he has been relying on money from them to pay his rent, he is soon evicted from his apartment. He looks for a job to support himself, but lacking an established address, he can’t even get respectable part-time work. Osamu is confronted by the cruel reality that once a person falls into destitution, contemporary society offers no help for him to get back on his feet.

Given the cold shoulder by his friends and with nowhere else to turn, Osamu decides to work at a host club. Though at first glance it’s a glamorous world where large sums of money change hands, he quickly learns that it’s a highly stratified, cutthroat environment where those who don’t pull in cash are treated like garbage. Though he remains wary of everyone else he gets to know there, he does let his guard down with fellow host Jun’ya. When the club demands that Jun’ya pay off the debt of one of his customers who has run up a large tab, Osamu sympathizes with him and the two flee together. They find live-in work at a construction company, but some yakuza toughs hired by the club track them down and threaten to sell them to China. They manage to escape by the skin of their teeth, but with no money, no place to live, and no I.D., Osamu joins the ranks of the homeless. A fellow homeless man helps him find a job selling magazines on the street. One day he runs into his father, who suggests they go back to Kitakyushu together, but Osamu turns him down, saying he wants to stick it out in Tokyo a little longer. One way or another, I’ll survive, he tells himself—determined to keep thinking positively and moving forward even when he has dropped to the lowest rung of society . . .

This story about a young man struggling desperately to claw his way back up from rock bottom in the cold and desolate underbelly of Tokyo, narrated with compelling realism, was adapted to the big screen in 2014.

Tetsuzo Fukuzawa (1962–) was born in Fukuoka Prefecture. He made his publishing debut in 2000 with the horror story collection Genjitsu (Sun Dog), retitled Saisei botan (Play Button) for the compact paperback edition. The polished prose displayed throughout immediately established Fukuzawa as a horror author to watch. He has also gained a high reputation for his outlaw novels, and in 2008 won the Haruhiko Oyabu Award for Sujibori (Line Tattoo).