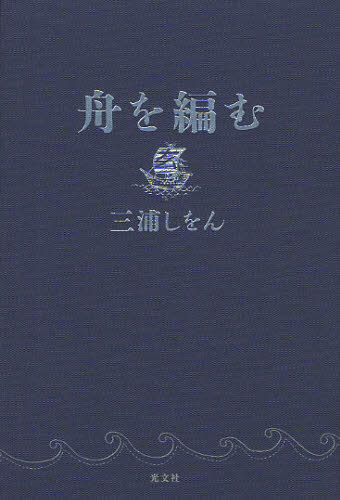 This million-selling novel follows the lengthy process of compiling a dictionary, bringing a genuine sense of drama to the lives of people who immerse themselves day after day in the constant flux of language.

Mitsuo Majime is 27 and in his third year of employment at the major publishing house Genbu Shobo when he is transferred to the Dictionary Department. The company is known for its excellent lexicons, and has been laying the groundwork for a major new release, Daitokai (The Great Passage)—a 2,900-page tome of the Japanese language. Led by a 37-year veteran of dictionary compilation named Araki, an editorial team of three others is chipping away at the project: a somewhat sketchy fifth-year employee named Nishioka, a contract employee who handles clerical matters, and a linguistics scholar named Matsumoto, who works as an external advisor to the project. Although Majime was regarded as something of an odd fish in the Sales Department where he worked before, his resume includes studying linguistics in graduate school, and Araki has hand-picked him to join the group in advance of his own impending retirement. Socially inept and still a virgin, Majime’s only interest seems to be in collecting antiquarian books. Then Kaguya Hayashi, his landlady’s granddaughter who is training as a chef in Japanese cuisine, moves into the old apartment house where he lives . . .

In Chapter 4 the story jumps forward 13 years. Amidst budgetary cutbacks from declining book sales that have hit the entire industry, Araki stayed on for a time past his official retirement age but is now fully retired, and Nishioka has been transferred out to another department as well, leaving Majime as the only regular employee in the group. Having successfully wooed and married Kaguya, he is now putting the finishing touches on the long-standing Daitokai project, but as the date of publication approaches, Matsumoto is hospitalized with stomach cancer . . .

The original Japanese title, which means “Assembling a Boat,” refers to an observation made by Araki: “A dictionary is a boat to carry us across the sea of words.” The film version of the novel, released in 2013, was selected as the Japanese entry in the 86th Academy Awards (2014) for Best Foreign Language Film.

The daughter of a well-known Japanese classics scholar, Shion Miura (1976–) acquired her love of reading at a very young age. When, as a senior in the Faculty of Letters at Waseda University, she began her job hunt looking for an editorial position, a literary agent recognized her writing talent and hired her to begin writing an online book review column even before she graduated. Miura made her fiction debut a year after finishing college, in 2000, when she published the novel Kakuto suru mono ni maru (A Passing Grade for Those Who Fight), based in part on her own experiences during the job hunt. When she won the Naoki Prize in 2006 for her linked-story collection Mahoro ekimae Tada Benriken (The Handymen in Mahoro Town), she had not yet reached her 30th birthday—an unusually young age for this prize; in fact it was her second nomination. Her novels since then include the 2006 Kaze ga tsuyoku fuiteiru (The Wind Blows Hard), about the annual Ekiden long-distance relay race in which universities compete, and the 2010 Kogure-so monogatari (The Kogure Apartments), depicting the lives of people dwelling in an old rundown wood-frame apartment house. In 2012 she received the Booksellers Award for the novel Fune o amu (The Great Passage), a tale about compiling a dictionary. A manga aficionado, Miura has declared herself a particular fan of the “boys’ love” subgenre about young homosexual encounters.