Japanese History by Neko, easy to understand with Manga 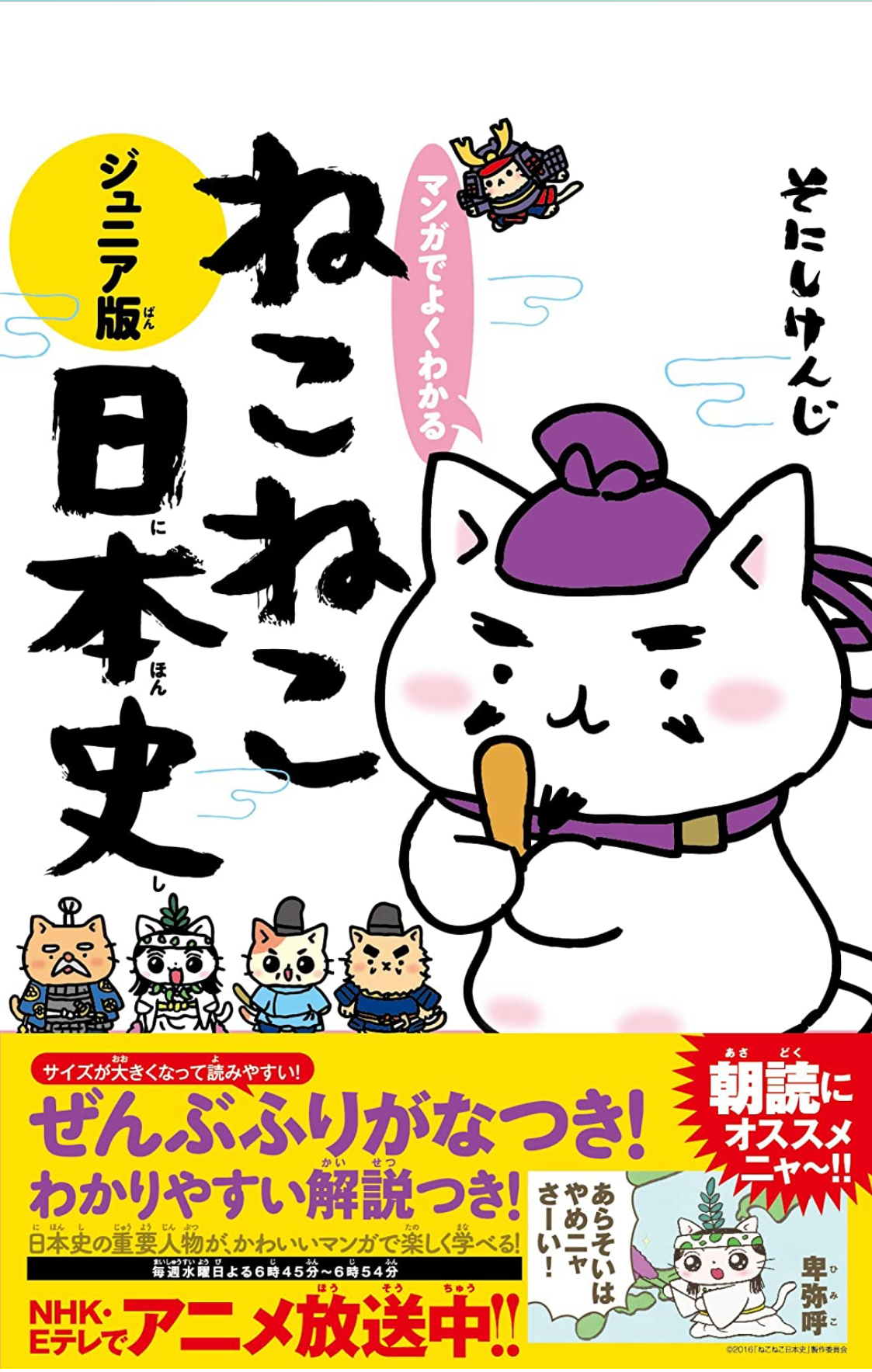 All with furigana! With commentary!
The children's book version of the "Neko Neko: History of Japan" four-frame cartoon currently being broadcast on NHK's anime channel is now available.

You can learn Japanese history in a relaxed way with the cutest history manga in Japan!
What if that great man had been a cat?
Himiko, who manipulates the people with a catnip, Shotoku Taishi, who claws at Horyuji Temple, and Ashikaga Takaura, who jumps up on anyone.
Ashikaga Takauji, who jumps on everyone, Oda Nobunaga, who is smaller than his companion, a monkey, and Tokugawa Tsunaga, who keeps 100 dogs.
Oda Nobunaga, who is smaller than his companion, Tokugawa Tsunayoshi, who has 100 dogs, Oishi Kuranosuke, who is drowned in matatabi, and Sakamoto Ryoma, who is frightened by a cat from another country!

You can learn history with cats in a relaxed way.

Born in Sapporo in 1969. Graduated from the Visual Communication Design Course of the University of Tsukuba, College of Art and Design.
He is currently the author of "Neko Neko Nihonshi" (Neko Neko Japanese History) serialized in COMIC Ruel (Jitsugyo no Nihonsha), "Neko Sibu" (Neko Sibu serialized in KADOKAWA), and many others.
Neko Sibu serial "Neko Sen Sangokushi Nyanko" (KADOKAWA), and many other authors.
Other works include "Neko Pitcher" (Chuokoron Shinsha), "Shinso Kai Neko Ramen" (Magg Garden), and "Neko Dakara" (Gentosha).
Neko de neko natte" (Gentosha), "Lager nyan" (Kobunsha), and others.