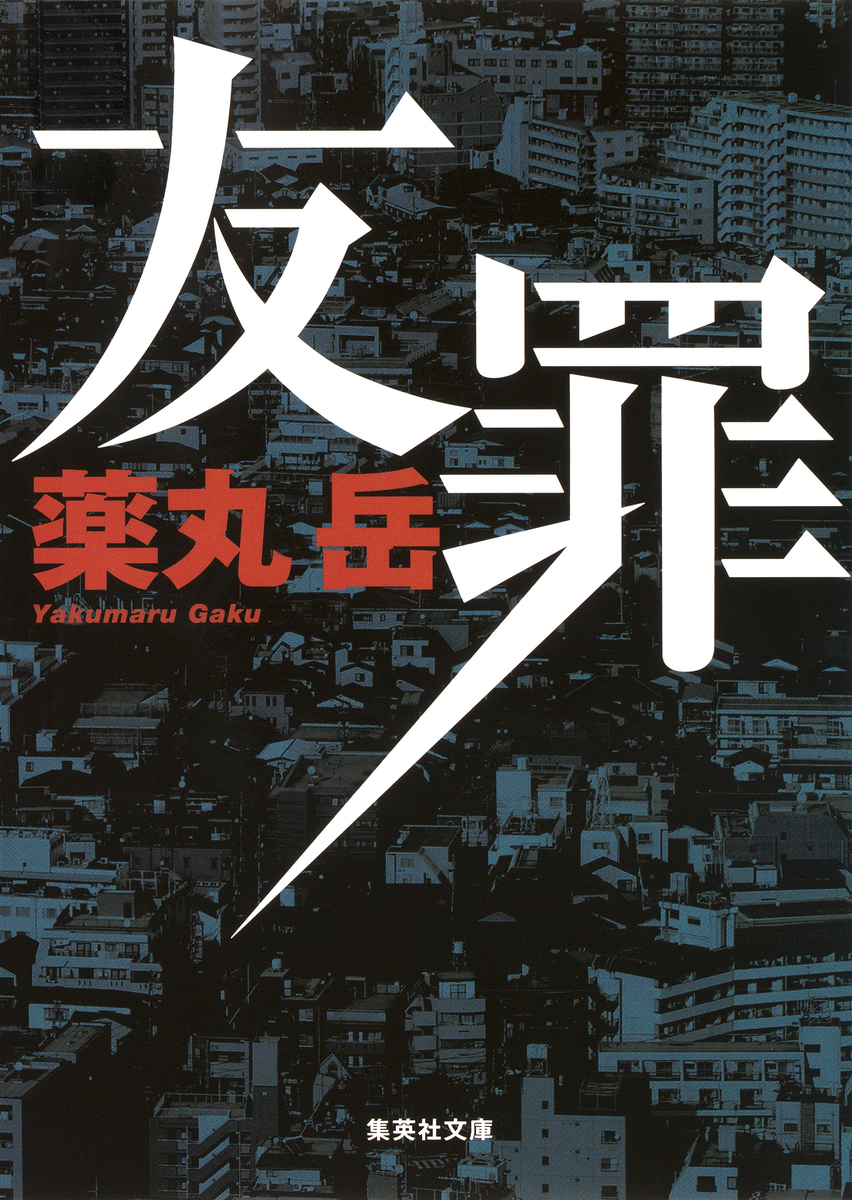 Years after a horrific juvenile crime.
A spirited full-length novel.

Twenty-seven-year-old Junichi Masuda’s dreams of being a journalist have been dashed, and he now works for a factory, living adjacent to there. His colleague Hiseto Suzuki is quiet and sullen, but since they joined the company at the same time, the two have some common ground, and slowly begin to open up to each other. Miyoko, who works in the administrative office, has also taken a liking to Suzuki, who once covered for a mistake she made.
One day Masuda gets a call from Kiyomi, a television announcer and former girlfriend who says she wants to talk to him about a murder case happened thirteen years ago. As Masuda looks into the unbelievably vile crime—a series of murder of young children that shook the entire country—he starts to believe that Suzuki may in fact be the killer Aoyagi.
This popular story was made into a movie in 2018.

Born in Hyogo in 1969. In 2005, he won the 51st Edogawa Ranpo Award for his debut book “Tenshi no Naifu.” Mr. Yakumaru subsequently released numerous works depicting social issues. He is now a prominent mystery writer.