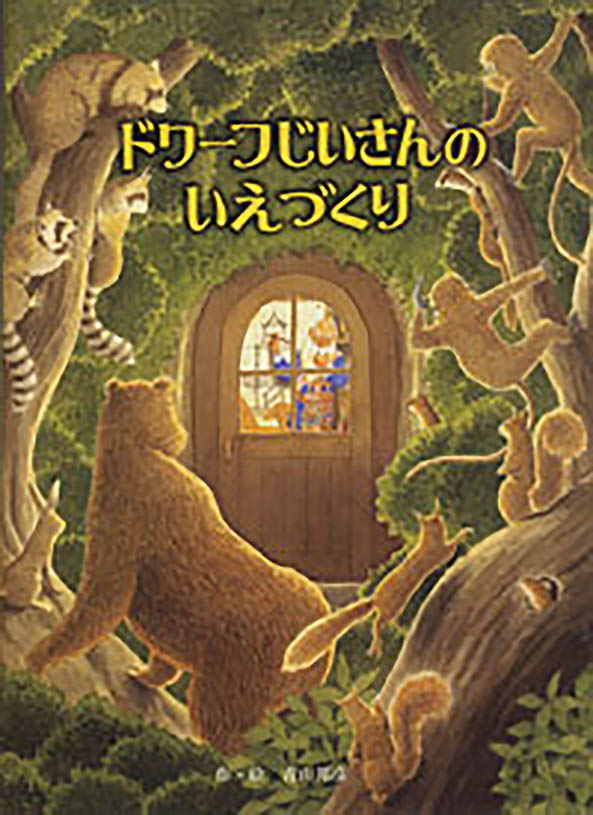 When a grumpy old dwarf was building a house where he could live alone, a bear happened by and offered to help if it could build a room for itself as well. Reluctantly, the old dwarf agreed to let the bear build a room and re-drew the blueprints. However, other animals who saw this started approaching one by one, pleading for their own rooms in exchange for helping. The blueprints kept changing and changing. The old dwarf was bitter because he had intended to live alone, but then, something terrible happened! The sight of the blueprints quickly changing and the house gradually taking shape each time the page is turned provides a sense of reality that only an author who had graduate from an architectural school and experienced working at an architectural design office could achieve! Surprisingly, it is said that these blueprints could actually be used to build a house. This wonderful picture book can be enjoyed simultaneously for both its heartwarming story and its exquisite pictures, in which you find something new each time you look at them.